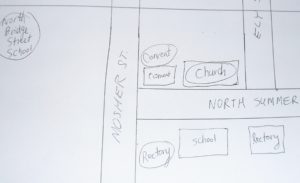 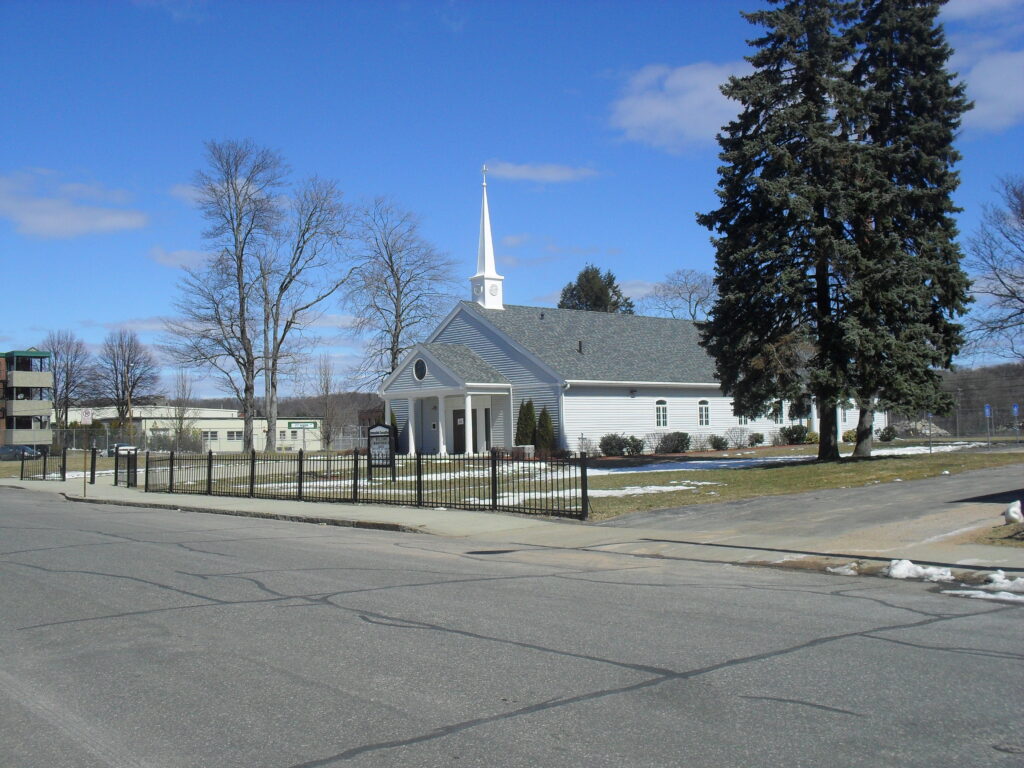 Perpetual Help Church started a mission church in the Flats section of Holyoke in 1903.  There were many families from Quebec living in the Ward 1 section of the city that had to walk to attend masses at the Perpetual Help Church.  A one story brick church was built facing Ely Street. The congregation grew very quickly such that by 1905 it became its own parish called Immaculate Conception.  This building last until 2017 until it needed to be taken down. 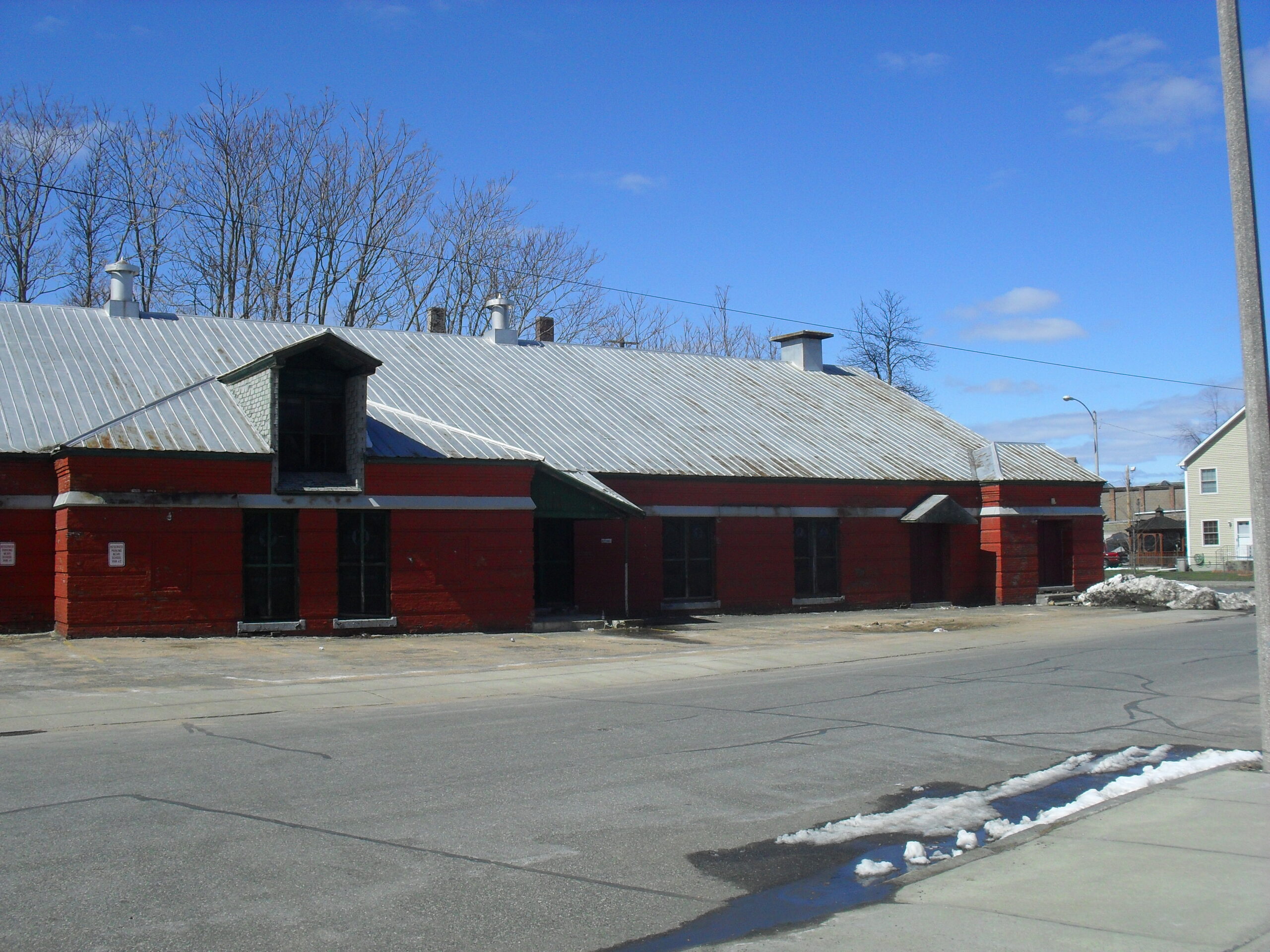 It ended its life as a church hall since in 1927 the grand Immaculate Conception Church was built facing North Summer Street.  This was a High neo-Gothic church with Weymouth granite veneer.  It was designed by the architect Donat Baribault who designed many churches in New England.  This second church lasted until 2006 when roof problem and not enough money for heat caused it to be razed.  The third rendition of the Immaculate Conception Church was constructed in 2008 with interior artifacts from the first two churches.  For example, the pews of the first church were also used in the second and third churches.

There have only been two rectories used during the history of the Immaculate Conception Church.  The first was a house purchased by the parish for its first pastor Jean-Baptiste Victor Campeau.  This small home face onto Mosher Street at the location of the entrance to the present school parking lot.  In 1908 the present rectory was built in a neo-Classical style.  It was not, however, at its present location but rather at the North Summer Street sidewalk where the second church was built.  How did it ever get to its present location 130 feet away?  That is not known but horses and carriages could have done the job.  It was moved because the second Immaculate Conception Church was to be built right where the rectory was in 1927. 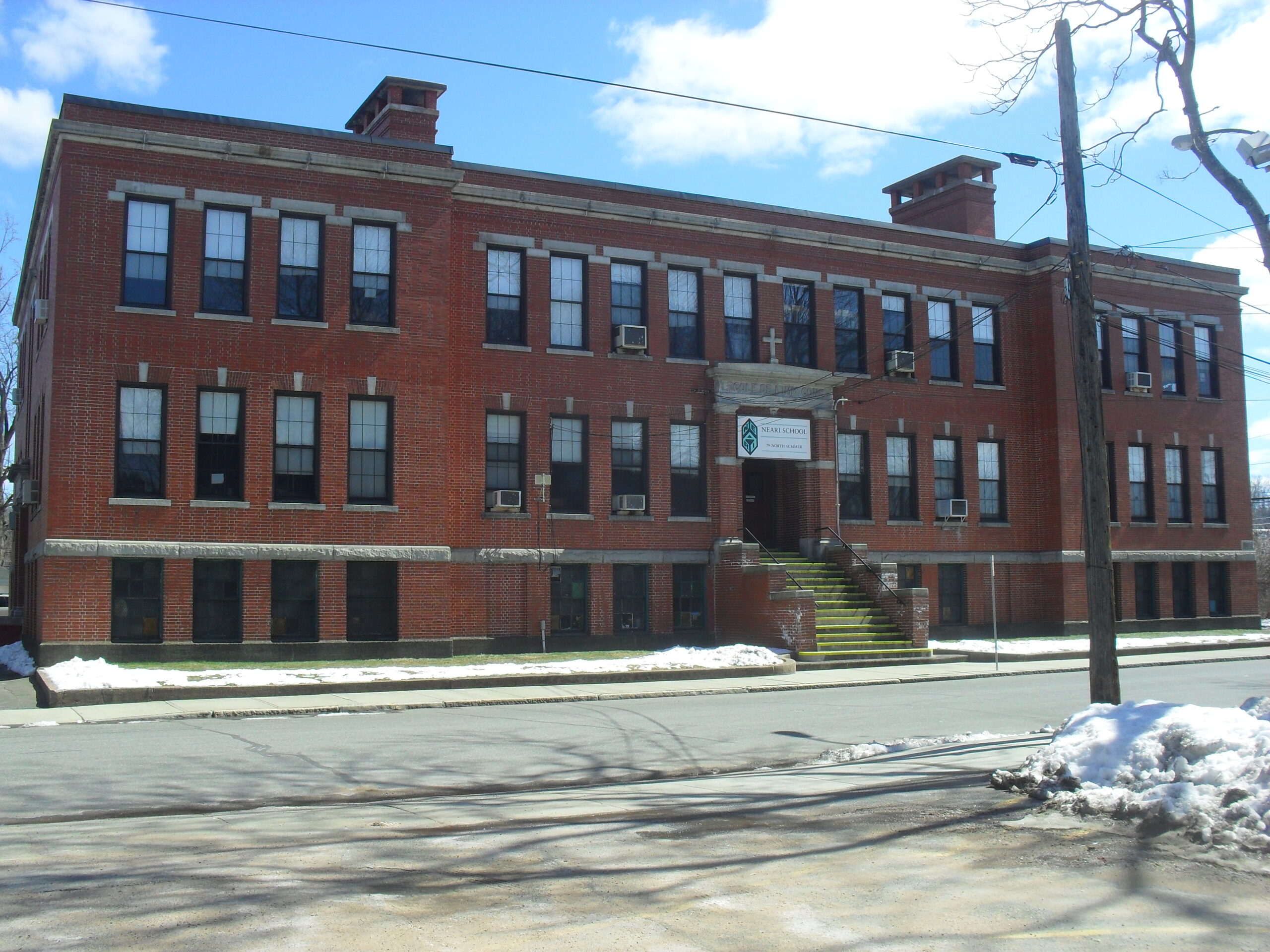 The first Immaculate Conception School was on North Bridge Street.  This was since 1907 when the North Bridge Street School was purchased from the city.  This school was built in 1894 and looks like the Elmwood School which was built the same year.  In 1916 a fire destroyed the Catholic School and students temporarily had to attend the Perpetual Help School.  By February of 1917 the current Immaculate Conception School was ready.  It was designed by Onesime Nault who also designed the convent.  He was a prolific architect that designed many Catholic schools in New England.  In 1971 Immaculate Conception School and Holy Rosary School joined forces to become the Mary Immaculate School.  The school lasted until 1985 when it finally closed.  Neari School started at this location in 1985 and is still here as a special education private school. 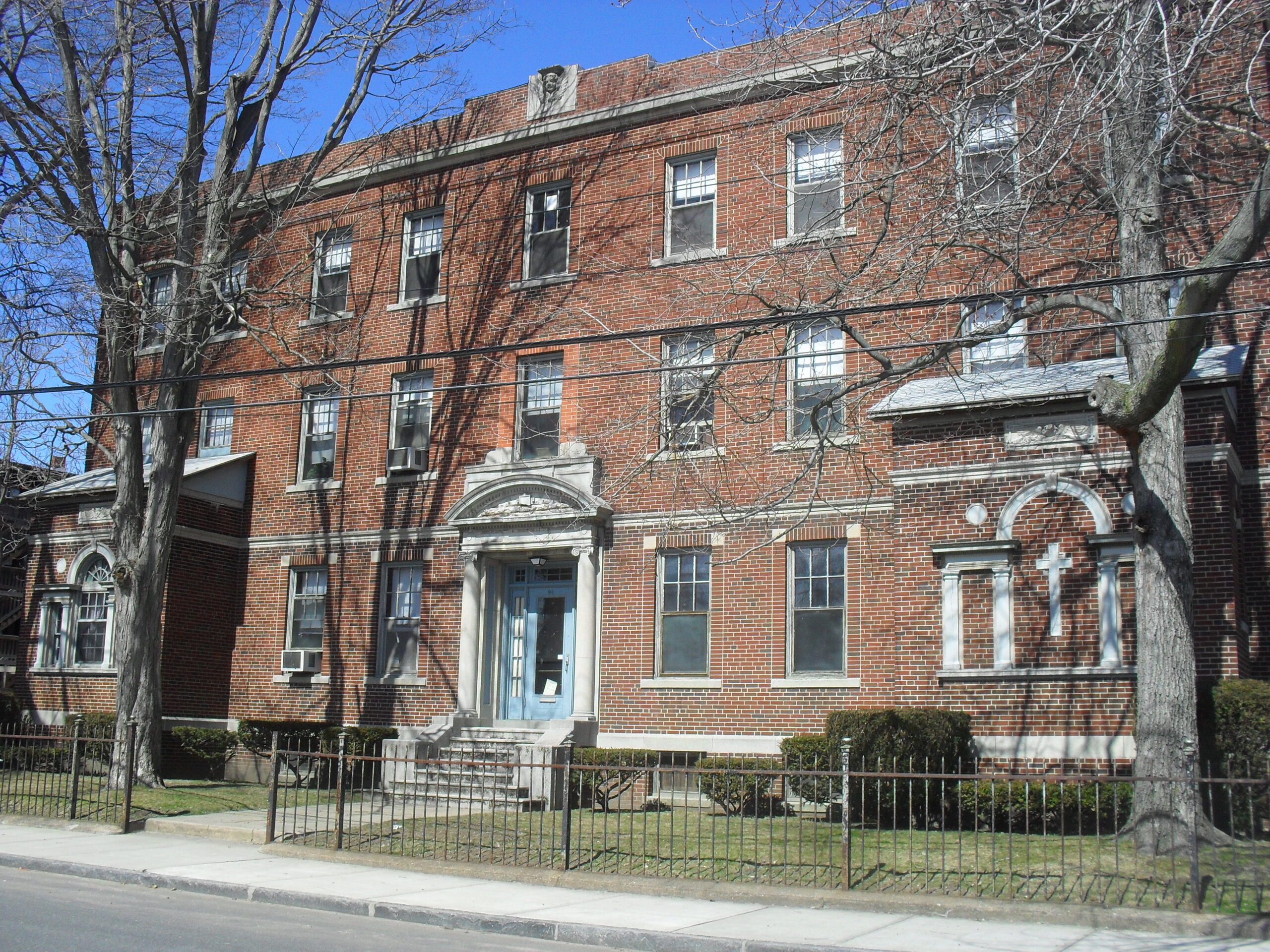 The Immaculate Conception Convent was built in 1925 and was home to the nuns of the order called Sisters of the Presentation of Mary.  They staffed the 15 classroom school until 1979 when the St Joseph nuns took over.  From 1907 to 1925 there was a wooden building at this same location that served as the convent.  This building was moved in 1925 to Albion Street.  The last structure that a church needs is a cemetery.  The Notre Dame Cemetery in South Hadley was built for the use of Perpetual Help members but Immaculate Conception members used it also.

From 1913 to 2013, Immaculate Conception Church was served by priests from the LaSalette Mission of Hartford Connecticut.  To honor these priests and their order a diorama and mural of the Lady of LaSalette was installed in the north transcept.  This 40 foot wide scene depicts the visions of Maximime Giraud and Melanie Calvat They met a seated crying woman in the French Alp village of Lasalette France.  She told them stories of the future.  This was a Marian vision and has been accepted by the Catholic Church as genuine.  All that is left of the display is this outdoor scene that was erected the same time as the diorama in 1930.

Immaculate Conception Church had two rose windows.  The west nave had its window donated by the Skinner Brothers.  The south transcept had also a large rose window.  The bottom row of seven stained glasses was changed in 1956 to honor the 50th anniversary of the parish.  This was the Holyoke Stained Glass.  It depicts scenes of the mills and laborers of Holyoke on six of the panels and Jesus in the center one.  It still exists and is in the altar area of the third church.  The pews, crucifix, baptismal font, and some statues from the original churches are still in this modern church.