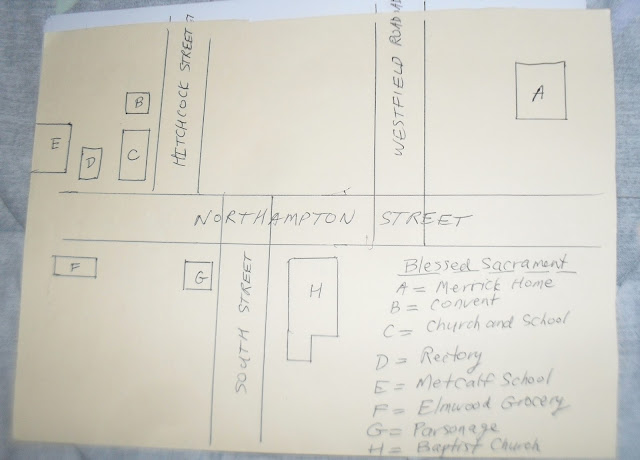 stop A – Blessed Sacrament Church
Blessed Sacrament parish was founded on July 10 1913 as an offshoot of the Sacred Heart parish.  This was due to the growth in homes in the Elmwood neighborhood since the start of the 20th century.  150 families separated from the Sacred Heart Church.  Elmwood under the name Baptist Parish was one of the original two villages of Holyoke with the other being Ireland Parish.

Timothy Merrick was the spooled thread king of the United States.  He came to Holyoke in 1865 from Mansfield Connecticut.  He built five mills whose total capacity was one million miles of thread.  In 1872 he bought land at the northwest corner of Northampton Street and Westfield Road.  His grand mansion and stable befit a very rich family.  He died in 1888 and his family lived in the mansion until 1910.  At that point the novitiates of the Carmel Sisters of Providence moved into the Merrick mansion (1910).  Novitiates are the new recruits to an order that have not taken their religious vows yet.  In 1931 the Blessed Sacrament rectory was put into the mansion and the ample land was the pastor’s yard.  This was the start of the parish moving nearly all of its operation into this area. 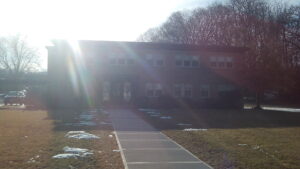 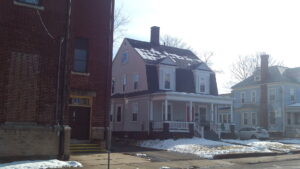 The nuns were from the order of the Sisters of Saint Joseph and their rectory was the home directly behind the school at 16 Hitchcock Street.  This home used to belong to the Cowan family.
stop C – Old Blessed Sacrament School and Church 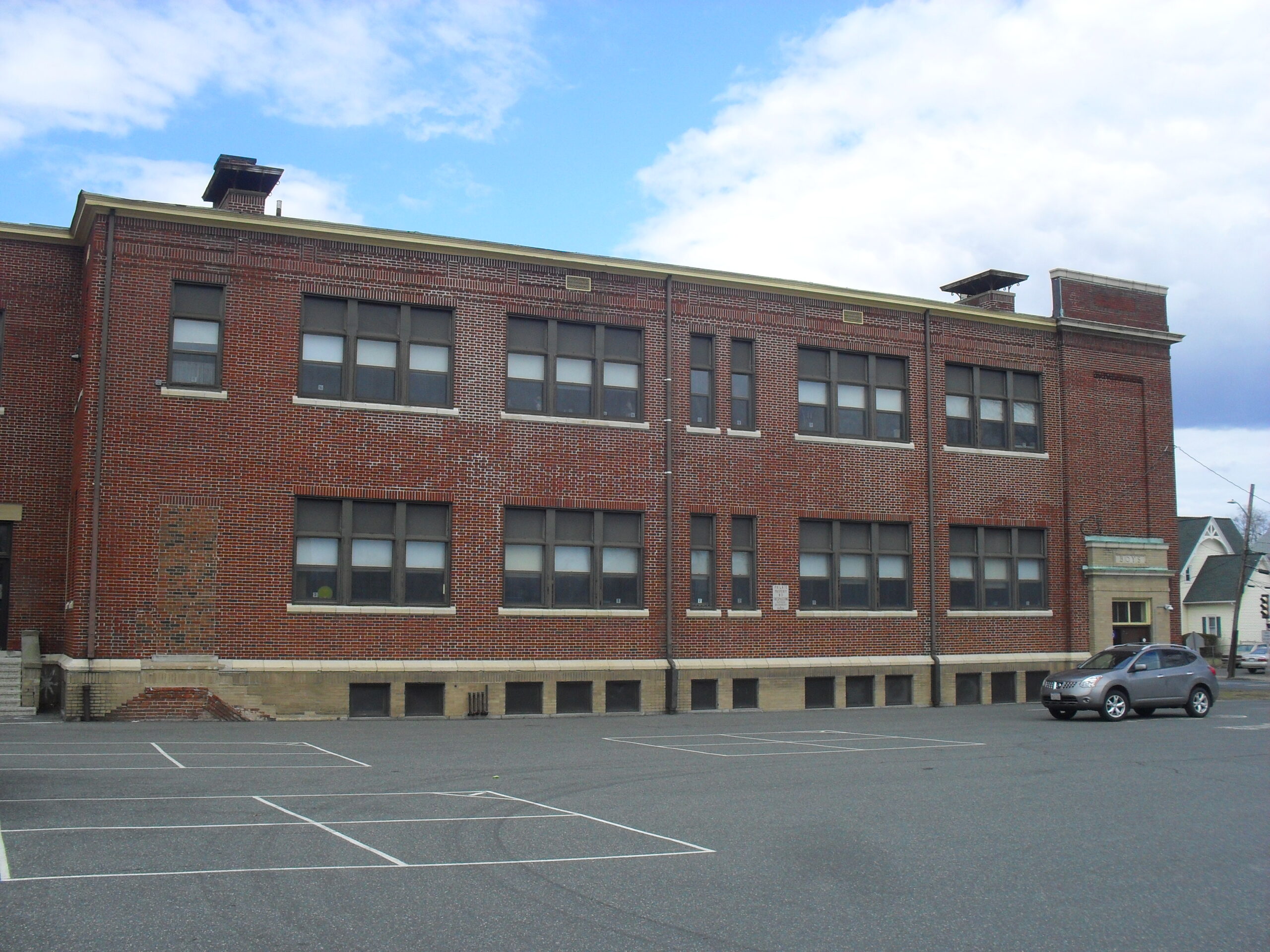 In 1914 the first Blessed Sacrament was built at the corner of Hitchcock and Northampton Streets.  This building also had a basement for utilities and a second floor for Sunday school classrooms.  All settled in nicely but like most Catholic churches in New England, the church could not stay for long without a school. 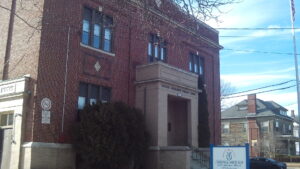 On September 4 1923, the Blessed Sacrament School was placed into the floor above the church becoming now a true multipurpose building.
stop D – Blessed Sacrament Rectory
John Lunney was the first priest and his rectory was the home one lot south of the church.  This home used to belong to the Lavelle family.  Before that he was at 20 Hitchcock Street in 1918.
Priests at Blessed Sacrament Church: 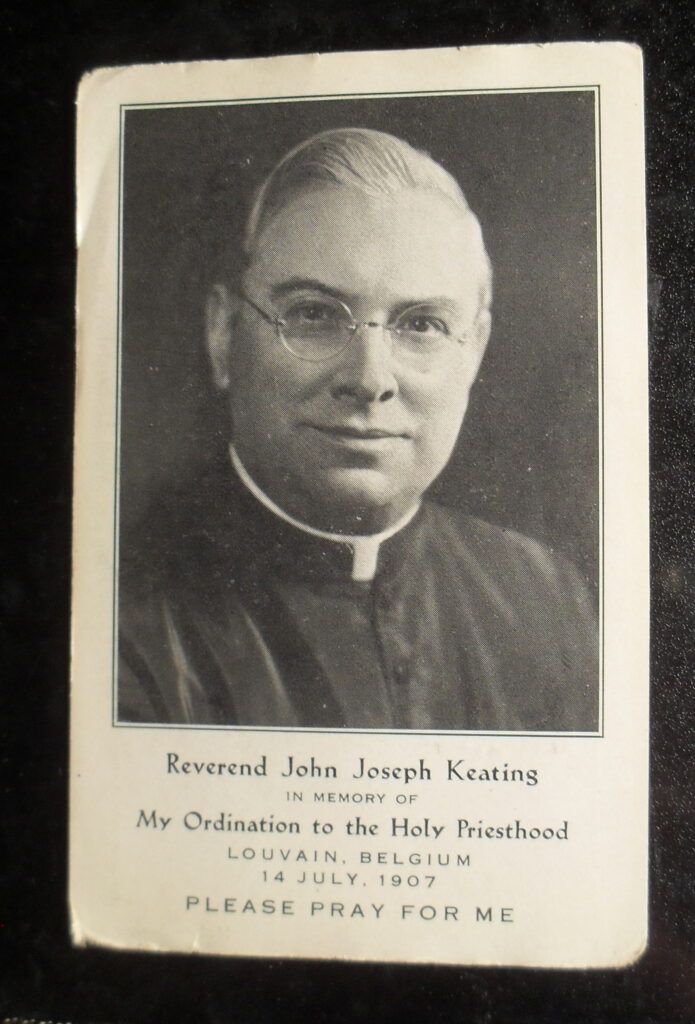 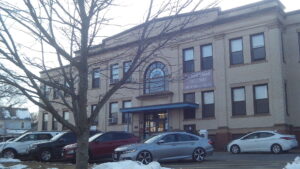 The first mass of the new Blessed Sacrament was in the auditorium of the new Metcalf School (built in 1911).  For the first year 1913 on each Sunday a worker and his son would set up the seats and altar for the congregation.

In 1882 Sacred Heart started the Calvary Cemetery.  Rosary Church and Blessed Sacrament Church would also use this cemetery.