The Connecticut River Railroad was the first rail line in town.  It was and still is situated along the western bank of the river until it gets to South Holyoke where it crosses the river at the Riverside Station area.  It first came to Holyoke in 1845 when there was no Holyoke yet but rather only Ireland Parish of West Springfield.  At that time a freight and a passenger depot was placed into use at the same location – at the juncture of Main and Dwight Streets.  This area came to be known as Depot Square.

There were two other important railroad areas in Holyoke.  One was at the current location of Holyoke Heritage State Park.  Here there was a freight depot and a passenger depot.  The east side of the area had the Skinner Mill but the remainder was railroad related.  There was a coal company at the northwest corner named the Whiting Coal Company.  There was a locomotive spin table and a repair station. 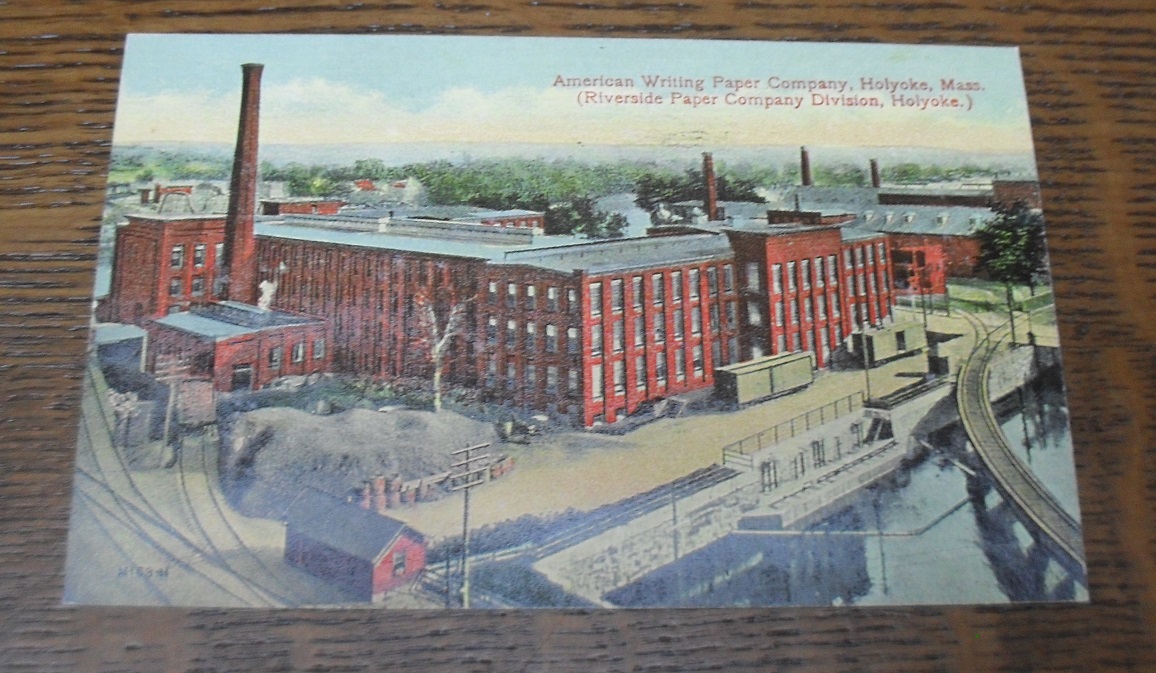 The last important rail area in Holyoke was at Riverside Station.  Here freight and passenger trains passed often.  There were two depot stations at the location.  One depot was close to the river and the other depot was close to the canal.  These operated from 1896 to 1952 for passengers.  Freight trains of the Boston & Maine passed in front of each mill in this area.  Freight trains of the New Haven Railroad passed along the river and thus behind each mill.