Parsons was one of the mills along the canal that predates that 1848 canal system. He was there along with a grist mill, (two Parsons mills), Smith Cotton mill, and a card factory. 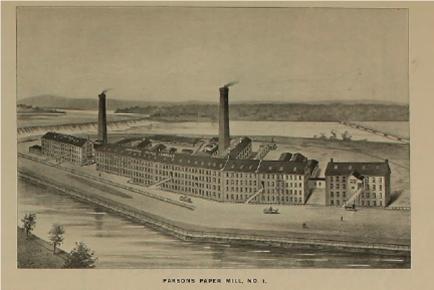 Joseph Parsons built the first Parsons Mill was built along the spike of the First Level Canal. Its main product was fine paper.  It was located at the triangle of land that is formed by the Connecticut River and the First Level Canal.  The Parsons was the first mill along the canal system and thus received the first water that entered the canal.   It was built in 1853 and lasted as mill 1 until 1983 at this unique location.  It was razed in that year and use as a staging area for the Hadley turbine 2. 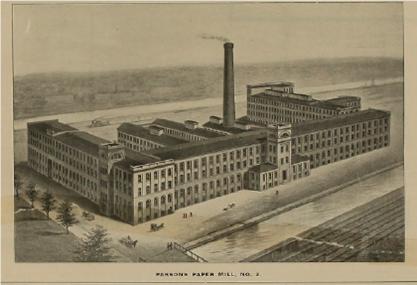 The second Parsons Paper Mill was built in 1888 also along the First Level Canal.  This new location was at Sargeant Street at the end of the first canal.  It was the last paper mill in Holyoke.  It lasted until 2006 until it burned due to a fire. 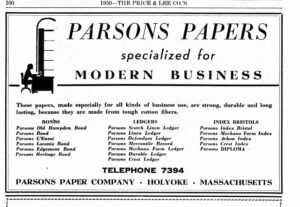